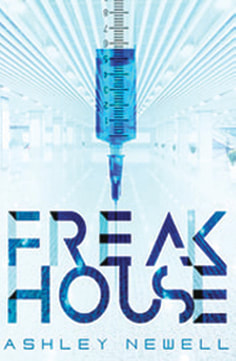 Welcome to the Dr. Julius Ellis Latham Institution, the country's leading research centre and manufactory facility, or as those of Latham County like to call it, the solution to the ever-rising economic crisis. Live well at ease knowing that these top-of-the-line professionals are working hard to keep you employed in dignified careers, housed in up-to-code family-friendly neighbourhoods, and your children freely educated in citizenship-building curriculums. Why would you ever want to live anywhere else?

Unless you're Dotan Abbott, better known as inmate 001014126. He was just a child when the Institution took his father away, and barely fifteen years-old when they came for him. The county maintains its perfection by keeping the Institution filled with society's unwanted. Dotan knew his fate would bring him here, and for five years he learned to become a part of the routine. Now, the morning of his twentieth birthday, his life is no longer in his hands. Whatever the Institution needs him for, he is at the mercy of nameless White Coats. He has no idea what's in store for him, but an encounter from his past is certainly the last thing inmate 001014126 could ever have expected.