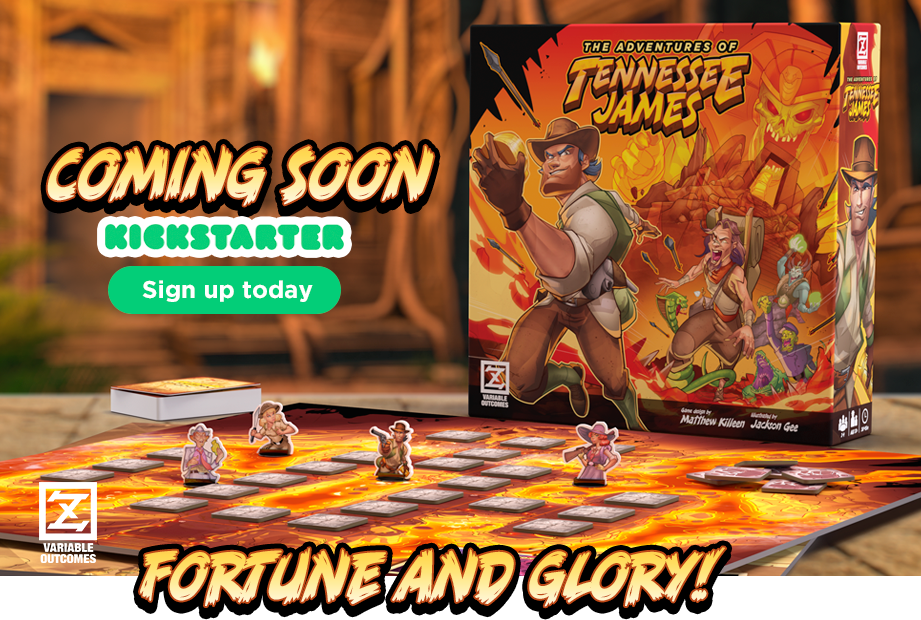 Tennessee James, along with other archaeologists and adventurers, are leading expeditions to find their own fortune and glory. While searching pyramids, temples, and ruins for riches, the expedition teams must watch out for traps, such as snakes, arrows, and giant boulders. Archaeologists must also beware of native tribes, cultists, fascist soldiers, and even each other. Survive the traps, take the riches (from other archaeologists if necessary), and get out alive to gain your fortune and glory!

​Players begin the game with an Archaeologist of their choice and 3 Team Members. Players can spend up to 5 Actions per turn, and can either move 1 space or draw 1 card per Action. Players can repeat Actions during their turn and may also discard cards for extra Movement Actions.

Each temple contains an entrance and 24 spaces. Each space contains a face-down tile which could either be a treasure or a trap. If a player finds treasure, they keep it as a reward. If a player finds a trap, they must play cards to defeat it. If the trap is not defeated, the player loses a Team Member, which reduces how many Actions they can perform per turn. Make sure that you have enough cards to defeat traps because other players can play cards that make traps more difficult to defeat. If you run out of Team Members, and you can’t defeat a trap, you lose the game. Find the most treasure and escape the temple to win the game, but don't stay too long or the temple will become your tomb. 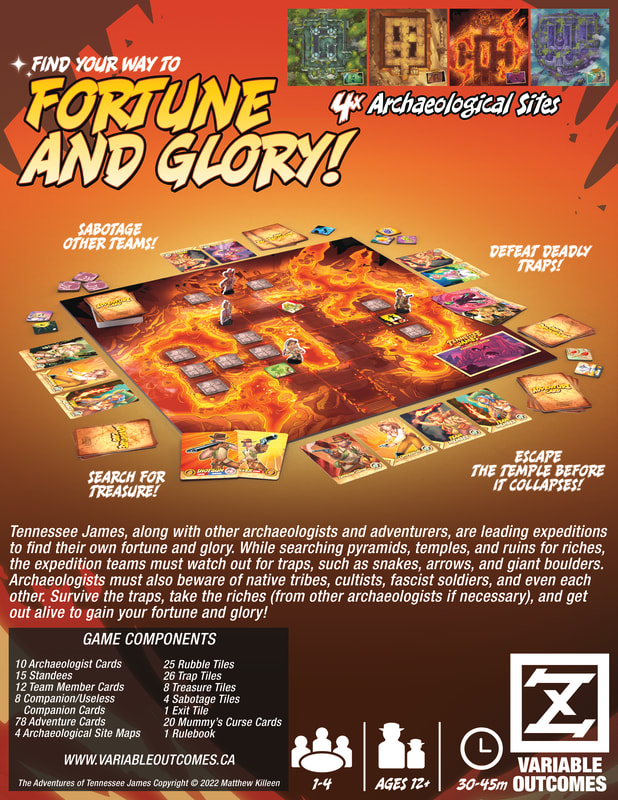 Rulebook for The Adventures of Tennessee James